One of my favourite past times is going to the theatre and I’ve been lucky in that I’ve been able to find many tickets at affordable prices. One of the biggest misconceptions about the theatre is that it must be really expensive, but nowadays that’s not the case. Plus there is now so much variety, there’s absolutely no reason not to go!

So, how can you get tickets for theatre shows cheap?

A lot of theatre companies offer membership which allows early access to certain shows or discounted tickets. The Globe Theatre group, who produces many Shakespearean and Renaissance plays, offers a membership for a fee.

However other companies, such as the Young Bridge Theatre, offer free membership for under 25-year-olds. These memberships come with many perks, including tickets for £15, additional discounts, advanced notice of oncoming plays, as well as behind the scenes information and announcements. Through this scheme I’ve also attended well-known shows for £7.50 – there are cups of coffee in London which are more expensive than that!

This is almost a no-brainer! The first 3-5 pop-ups on most search engines are ads – the companies who produce these ads spend more money on the advertising than the actual shows. If you keep scrolling down the page you’ll find websites selling the tickets for much less because they aren’t paying out on the marketing, this means that you may get the same tickets for two wildly different prices.

When recently comparing prices to see The Book Of Mormon, I found that it was cheaper to go to the direct site rather than websites that held tickets. As a general rule, I look at 3 or 4 different sites before buying the perfect tickets.

Be Flexible On Days

Unless you’re specifically planning on attending a particular show to correspond with a predetermined date, being flexible on days or even months can bring the cost down by a significant amount. Also, being flexible to attend matinees rather than evening performances may mean that you get cheaper tickets as well as better seats!

On most show sites, it will give you the cheapest ticket according to month so I always go to the most reasonable month possible and compare the quality of seat day-to-day. The earlier you get in, the better choice you will have.

Some of the cheaper seats will be those that have a warning before you book, informing you about a possible obstructed view. These tickets go cheaper and the restriction may not even be relevant.

When my partner and I attended The Lion King, we were in the first row of the lower end of the circle which had a safety rail in front of us, however, this meant that we were closer to the action than the further back seats and the rail didn’t even come into our view.

Many theatres will show you the position that your chosen seat will give you, such as the seating plan in School Of Rock, but you could look up the seating plan of the theatre on any search engine images. I do this every time I book tickets to ensure great seats for a great price.

I understand that buying second-hand tickets can be tricky. I would only ever buy second-hand tickets privately if I personally knew the seller because some shows do not allow scouted tickets (some need the bankcard that the tickets were bought with) or you just don’t know what you’re buying.

However, one of the biggest seller sites, Ticketmaster, offers a service where you can legitimately sell tickets that you no longer require, offering other people the opportunity to buy sold out tickets. This is a brilliant way to buy tickets that are no longer available, offering yourself a cheeky night out on the cheap.

Just like the old saying, if you fail to prepare, prepare to fail! This is one of my favourite philosophies because it applies to everything. If you plan ahead by months or even years then you can snag great tickets at great prices.

Like many show sites, they have better prices or offers if you plan in advance. For example, the home site for The Book Of Mormon has an early bird offer where if you book a show more than 8 weeks in advance, they take off the booking fee!

Similarly, popular shows such as Hamilton, Harry Potter And The Cursed Child, and Mamma Mia! The Musical has cheaper prices for later tickets.

One of my favourite types of shows are those put on by The Globe. Shakespeare is a timeless entity and the Globe experience is incomparable to any other theatre experience. This is primarily because they offer standing tickets in the stalls for a mere £5. Also, they have a variety of shows and even do an ‘ask the audience’ in which the audience decides the play.

This brings me to ‘be resourceful’, if you just want to consume culture and the theatre, you can do this economically. Standing performances are a quintessential way to appreciate the play as well as saving you your hard-earned money!

That’s it, guys! make sure to comment below to tell us which plays you’ve been to and why you enjoyed them!

Sharne is an HR and Office Administrator with a degree in Classical & Archaeological studies. She has a passion for dogs and loves to share money management tricks in her spare time! 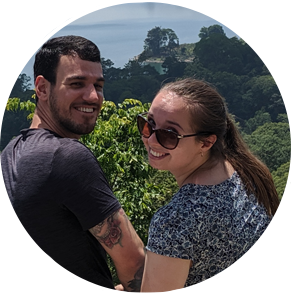